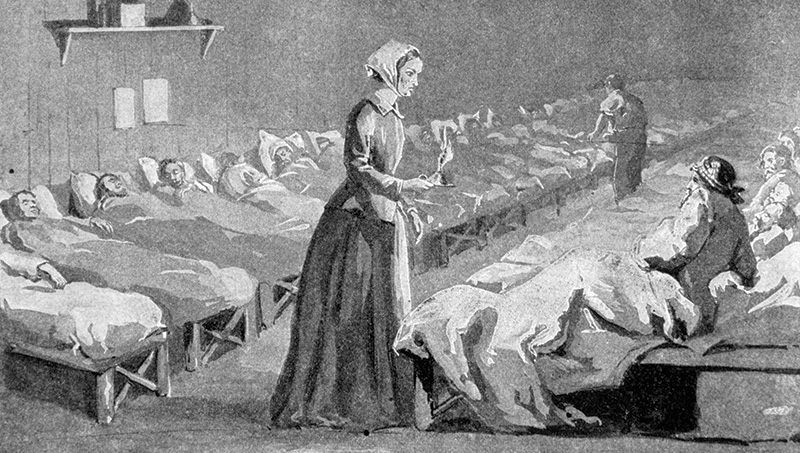 Every year on May 12th, hospitals and healthcare facilities around the world celebrate International Nurses Day. This holiday has been celebrated on the same day every year since 1974 in honor of Florence Nightingale, who was born on May 12th, 1820 in Florence Italy.

We think the upcoming National Nurses Week is a great opportunity to remember and honor the work of Florence Nightingale, celebrating the true innovation she brought into the field of nursing. This article looks at her major achievements.


What is National Nurses Day (Week)?


From there, the holiday evolved:

National Nurses Week is a time to show appreciation to nurses and all that they do. In addition, it's also a lot of fun!

Who is Florence Nightingale?


Florence Nightingale was an English social reformer and largely considered the founder of modern nursing. At the age of 24, Nightingale said she felt "called by God to help the poor and sick" – which became her life mission. She defied the standard lifestyle of upper class women of her time and instead of finding a suitable match, she went to Dusseldorf in Germany to study nursing in a hospital and then took a post as a nurse in the UK. Her employers were so impressed with her performance that she was promoted to superintendent after only a year.


During the Crimean War, Nightingale organized a nursing crops for the care of wounded soldiers and played a vital role in minimizing casualties. During her time there, the hospital mortality rates were reduced by two thirds [2]. Her determination and powerful actions helped build a respectable reputation for nurses and women everywhere. She is regarded as an icon of Victorian culture for bravery and service.


It's difficult to understate the impact that Florence Nightingale had on the nursing profession because she completely reinvented what it means to be a nurse.


Nightingale established the first nursing school at St. Thomas Hospital in London and wrote the first nursing textbook in 1859 [3], called Notes of Nursing – which outlined the core principles of nursing, provided advice for how women should care for their families, and detailed how illnesses should be managed.


The purpose of many of Florence Nightingale’s writings was to spread medical knowledge, she targeted both professional and domestic readers. Her textbook on precautions designed to kill germs reached as far as USA, inspiring nurses during the American civil war.


She also contributed to the improvement of hospitals by suggesting changes that are still in practice today. In Notes of Nursing, she emphasized the necessity for sanitation in healthcare settings after seeing the terrible conditions of hospitals in the Crimean War. Nightingale emphasized the value of observing patients' symptoms and ensuring that proper care is provided, along with a healthy diet and comfortable accommodations. Another achievement was the introduction of nurses into the workhouse system, which meant that paupers and orphaned children were cared for by professionals.

Thanks to her work, the nursing profession gained immense respect and appreciation. Her school laid the foundation for the high quality nursing certification programs we know today.
Although many have criticized the publicity Nightingale received from her work in the Crimean War as exaggeration to boost morale, there is no denying that she used her status to advance the nursing profession further than it had ever been. For that, we are forever grateful.


Florence Nightingale received many honors for her work. She died peacefully in London, UK in August 1910, at the age of 90.


With the MarvelousTM stopcock, we strive to continue bringing innovation and improvement into the nursing profession.
To learn more, please visit us at the upcoming conferences:
NTI in New Orleans booth # 3226 and WCNA in Glasgow booth # 4.