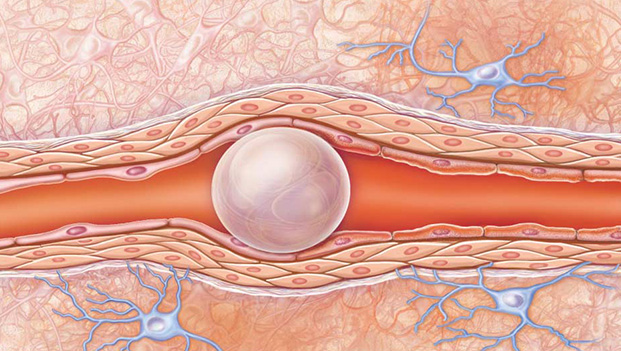 The danger of air embolism

As is commonly known, vascular air embolism occurs when air or gas enters the vascular system, and it is a rare but potentially fatal event. It may occur in a variety of procedures and surgeries but is most often associated as an iatrogenic complication of central line catheter insertion. There appears to be a general lack of awareness about vascular air embolism, an avoidable event that is largely under-reported.

According to the newsletter of the Australian and New Zealand College of Anaesthetists, in New South Wales alone, between January 2012 and April 2015, there were six reported deaths due to central line-related air embolus. Relatively small volumes of air may enter the circulation extremely quickly (over one to two seconds) and are sufficient to cause intractable cardiac arrest.

According to the Pennsylvania Patient Safety Advisory, between June 2004 and December 2011, Pennsylvania acute healthcare facilities reported 59 events of confirmed or suspected air embolisms. Of that number, 34 were reported as “serious events” resulting in harm, including seven cases of permanent harm and six deaths. Of the 59 confirmed or suspected air embolism event reports, 24 were associated with CVADs.

The emboli essentially cause a reduction in perfusion distal to the obstruction, but its additional damage results from an inflammatory response that the air bubble initiates. These inflammatory changes can result in pulmonary edema, bronchospasm and increased airway resistance.

Conditions that can result in an air embolism include the following: a crack in the central venous access device (CVAD); disconnection between catheter connections, that is, between the catheter and intravenous (IV) administration set or between the injection/access cap and an unclamped CVAD; the presence of a persistent catheter tract following CVAD removal; deep inspiration during CVAD insertion or removal; and inadvertent infusion of air in the IV administration set.

A solid and secure connection of IV tubing is critical to safe and effective IV therapy, as the accidental disconnection of IV tubing connections during drug infusion is a potentially catastrophic, yet avoidable, event. Various clinical studies show that air embolism due to catheter disconnection has a mortality rate between 29 and 43 percent. In addition to the risk of developing an air embolism, IV disconnection increases the risk of infection and may result in significant blood loss, especially in neonates and infants. Medication discontinuation is another adverse event associated with IV disconnection.

A Simple and Sensible Solution


Hospitals can decrease the risk for air embolism by establishing policies and procedures that contain specific air embolism prevention protocols for central venous access device insertion, management and removal. Tubing disconnections can be prevented through preparation, a focus on teamwork training, ensuring an ergonomic environment and by making modifications to existing equipment.

Specifically regarding air embolism prevention, it is imperative to avoid attaching any device (such as a three-way tap) to a central line that has the potential to be left open to air. With reference to central line removal:

A Stopcock with normally closed Luer activated valve assures reduction of the air embolism risk in IV therapy and patient monitoring manipulation of the stopcock.
A specialized Luer connector with a spinning lock feature can prevent accidental disconnections, provide secured connection along the entire treatment and reduce associated risks such as air ingress, blood loss and drug spills.

If you’d like to learn more about the many benefits of luer-activated, three-way stopcocks, please download a complimentary copy of the white paper, Elcam Medical’s New & Innovative Minimal Residual Volume Luer-Activated Stopcock.

Access yours today, and we’ll see you next time In the ICU.