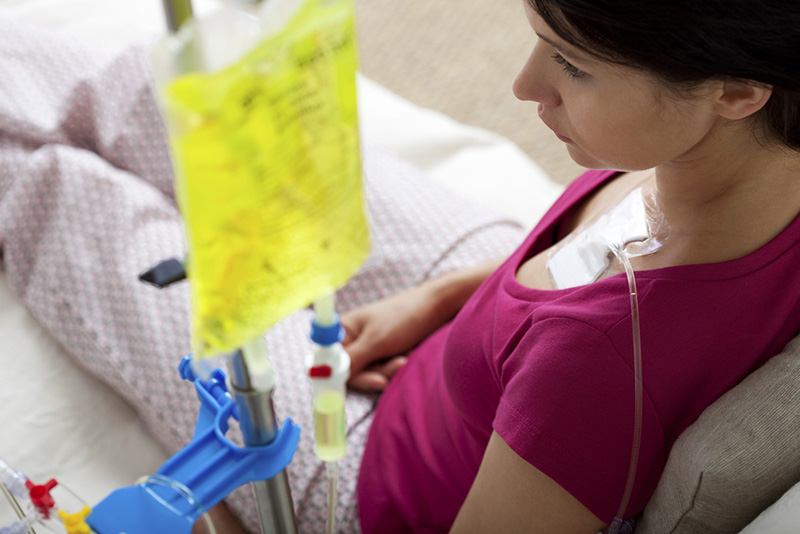 Hospital care is an unpleasant experience for everyone involved, but for many patients, it's a necessary burden to successfully fight off diseases.

Treatment in ICU and OR frequently involves the use of lipids and other aggressive substances that carry with it health risks for patients and medical staff. Luer connectors and traditional stopcocks, may crack from over-tightening, especially when exposed to lipids and other aggressive materials, as the drug substance erodes the plastic of which the connectors or stopcock is made, thus causing faster wear.

This cracking can cause the following risky occurrences:

Drug leakage and accidental exposure to drugs is much higher than you would probably think. Fortunately, with the right products and safety guidelines, these risks can be drastically minimized.

Cytostatic drugs have been mainly in focus as hazardous for the healthcare worker. However, recent publications show, occupational hazard exists also from other pharmaceutical groups [1].

Working with hazardous substances does not only pose a danger to the patient (balanced by its also having an effect on the patient's health and quality of treatment), but also puts medical staff at risk. For example, leakage of aggressive substances poses a risk to the patient first and foremost due to the discontinued treatment. Furthermore, it may result in unintentional exposure of both patients and staff to the toxic substances.

According to one survey [2], nearly 17% of nurses working in centers where outpatient chemotherapy infusions are administered reported being exposed on their skin or eyes to the drugs.

Unintentional exposure to chemotherapy and other drugs can negatively impact the nervous system, damage the reproductive system, and increase the risk of developing blood cancers in the future. However, despite the fact that these incidents are just as dangerous as needle stick injuries, they don't seem to be taken as seriously.

The National Institute for Occupational Safety and Health has issued safety guidelines, such as wearing gowns, gloves, and other protective gear while handling hazardous drugs. Yet, these recommendations aren't mandatory and the implementation of safety guidelines are left up to the individual medical practices.

How Hospitals Are Working to Minimize Drug Exposure Risks

One of the biggest problems regarding the safety of nurses is that they aren't reporting their exposure to drugs. This is something hospitals are working hard to change.

"As we have talked with nurses about our findings, we also learned that very few report spills, leaks, and so on, to their managers," said Dr. Friese, Nursing Business and Health Systems, University of Michigan School of Nursing, who led a study on the subject in  2011 [3]. The study finds this lack of reporting reduces the ability for managers to troubleshoot current practice to improve safety."

"I get the sense nurses are embarrassed when spills occur," he added. "Just as we have focused on a blame-free culture in patient safety, it's time to do the same for employee safety."

Elcam Medical has been developing a line of products with the intention of increasing patient and staff safety:

With Elcam’s new TritanTM integrated stopcock and connectors developed in collaboration with Eastman [4] - patients and caregivers are both safer than ever. According to Eastman bench-top testing, TirtanTM is a more resilient material, which is expected to prove especially reliable for use during administration of lipids and aggressive drugs. Reduced cracks and leaks allow for secured delivery of medications contained safely within the tubing. Furthermore, less cracking, as is expected with Tritan™ integrated products ensures reduced subsequent potential risks of air embolism and bacteria ingress and contamination. TritanTM is also BPA-Free.

Elcam’s Safe2 Rotator (S2R) connector is available in a stopcock or as an independent connector. The product allows for free rotation of the tubing while preventing line disconnections. S2R ensures treatment is conducted, continued and completed as planned, and it minimizes any unintentional exposure or air and bacteria ingress that might be caused by an unplanned disconnection.


To learn more about Elcam’s products, MarvelousTM , TritanTM integrated stopcock and S2R , and how they help improve patient and staff safety, you are invited to Elcam at MD&M East in New York [5 ] on June 14th -16th ,booth #1645 .