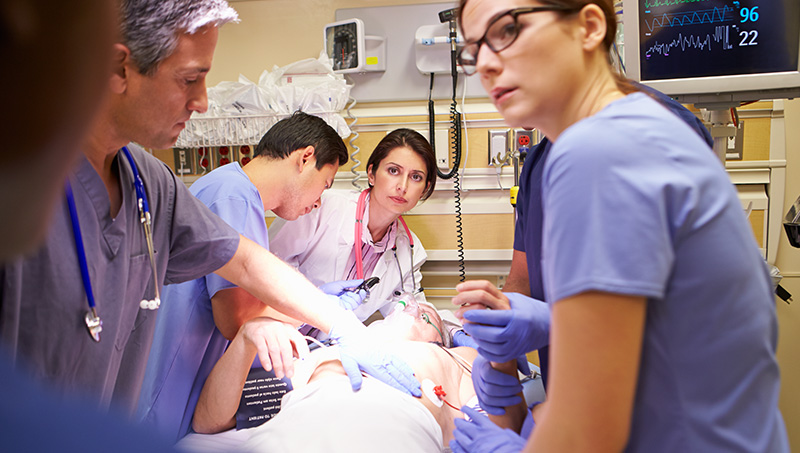 
Hospital employees are human, and mistakes happen. According to a study published[1] by the Journal of Patient Safety, as many as 440,000 people die from preventable medical errors each year – a statistic that hospitals are desperately trying to minimize.


Hospital acquired infection (HAI) is fatal in 12% of the cases [2]. 2 million people in the USA acquire an infection during their hospital stay. 1 in 20 hospitalized patients is affected. In addition, studies show that a third of nursing staff may experience burn-out symptoms, which have been proven to raise the level of HAI by 10% [3].


In this blog post we will be looking at the 5 mistakes staff make that may cause ICU infections and how to prevent them.


Mistake #1: Exposing a patient to (unknown) infection at the hospital


Hospital Acquired Infections (HAIs) are not a distant problem of the past. Despite modern hygiene, cleanliness awareness and strict protocol, the problem of bacterial infections in hospitals still occurs. As recently as August 2015, admissions to the NICU at University Hospital of Wales (UHW) was stopped due to the discovery of “a cluster of infections”, which caused the infection of 12 babies [4].


Claims of poor infection control combined with cramped space for both the tiny neonatal patients (not enough space for barrier nursing) and the staff itself (changing in toilets) as well as operational problems (old facility, lack of proper storage space) were named as the cause for the infection. Sticking to strict hand hygiene rules (frequent washing and changing of gloves) was named as a main instrument in preventing an infection re-occurrence.


Mistake #2: Leaving a catheter in too long


Each day that passes while a catheter is inserted in a patient's vein increases the likelihood of infection. Hospital ICUs get hectic and medical staff sometimes lose track of how long it's been since a catheter was last replaced.


In order to prevent this type of infection, ICU nurses and physicians must consistently review the patient's charts to keep track of when a catheter was last replaced and ensure a new, sterile catheter is placed regularly. In addition, medical staff can make sure catheters are only left in for as long as they are needed.


The stopcock is a device that ICU nurses and physicians depend on to infuse medications and control the flow of liquids through a central venous catheter. However, traditional stopcocks have an inherent flaw – they could potentially act as a port of entry for microorganisms and air, thus increasing the risk of infection and air embolism. This is the reason that today it has become almost a standard procedure to cap the stopcocks with a Luer Activated Valve (LAV).The LAV acts as a microbial and air barrier, but it raises another problem - a small gap between the ports inside the stopcock that can only be flushed with an extra flushing syringe. This gap might collect residue debris that colonizes bacteria, leaving the patient prone to infection.


Fortunately, switching to the more innovative MarvelousTM  stopcock prevents this problem from occurring due to the continuous “self-flushing” feature that ensures effective clearing the stopcock of air and debris.


When bacteria is accidentally introduced into a patient's bloodstream, they can suffer from a serious medical condition that results from an overwhelming immune response known as sepsis. This causes inflammation throughout the body, blood clots, leaky vessels, and in serious cases, organ failure or death.


Sepsis can be prevented by strictly following best practices for hygiene and sanitation in the ICU. If it occurs, it can be treated in the ICU, using the EGDT protocol .


Central-line associated bloodstream infections, or CLABSIs are considered among the top five HAIs to treat.
Catheters can be inserted into large veins of the neck, chest, and groin. There are pros and cons to each insertion site and one of the factors to consider is how prone the area is to infection. The subclavian site is generally preferred, while studies suggest [5] the femoral site has the highest rate of colonization and infection, followed by the jugular.

Learn more about how MarvelousTM helps control infection in the ICU  with its continuous self-flushing feature. Access yours today.