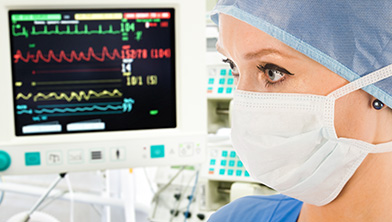 Early Goal-Directed Therapy and the Challenge of Sepsis Management


Sepsis continues to be a major cause for complications and mortality in hospitals, contributing to as many as 50 percent of all US hospital deaths, in spite of the fact that it is present in only one in 10 patients, according to the American Thoracic Society [9]. Furthermore, it is the 10th most common cause of death in the US. There are 1 million cases of severe sepsis and septic shock in the US every year, and these statistics continue to rise due to the aging of the population and increased resistance to antibiotics.  [1].


The Impact of Early Goal Directed Therapy on Sepsis Patients


Early Goal Directed Therapy (EGDT) was first proposed by Rivers et al in 2001, as a hemodynamic optimization protocol, proven to reduce mortality rates in cases of sepsis or septic shock. The protocol calls for aggressive treatment, which starts in the ICU, with the result of 16% reduction of mortality risk in hospitals [2]. The components of EGDT are: Fluid resuscitation and CVP monitoring, MAP maintenance and vasopressors, ScvO2 monitoring and blood transfusion, and most importantly early administration of intravenous antibiotics [3].


A study by Kumar et al in 2009 [4] proves how important early administration of antibiotics in cases of severe sepsis and septic shock really is. Administration of antibiotics within the first hour of documented hypotension was associated with a survival rate of 79.9%. Each hour of delay over the ensuing 6 hours was associated with an average survival decrease of 7.6%. The study by Rivers et al [2] shows that in the interval of 7-72 hours the Acute Physiology and Chronic Health Evaluation (APACHE II) scores in patients undergoing EGDT were significantly lower, indicating less severe organ dysfunction. The study concluded that EGDT provides significant benefits with respect to outcome in patients with severe sepsis and septic shock.


EGDT and Fluid Administration and Management


EGDT is based on the predictability that the blood pressure or stroke volume will increase with the administration of fluid, therefore cardiac output, stroke volume, or fluid responsiveness are measured and monitored. Although arterial lines are relatively easy to insert and have a low rate of complication risks, in recent years the trend is to treat their insertion and management with the same approach as central venous catheters, therefore these insertions are made with closed systems as a standard. Complications may be caused by inappropriate intravenous fluid regulation.

The second step in the Early Goal-Directed Therapy protocol is “central venous and arterial catheterization” [1]. Arterial catheters in ICU are inserted using a central line bundle, dressed appropriately, managed with closed system as a standard. With Elcam MarvelousTM  and its luer-activated valve, the complication rates associated with intravenous fluid regulation can be significantly reduced. Medical errors in fluid regulation are minimized mainly by reducing the number of stopcock manipulations due to the unique self-flushing feature based on the circumferential channel that reaches the entire internal volume of the valve.


Severe sepsis and septic shock are among the leading causes of death in hospitals in the US and worldwide. Early recognition of these conditions and the activation of EGDT can significantly decrease the mortality rate and improve outcomes. The main components of this treatment is the early administration of broad spectrum antibiotics and intravenous fluid regulation, in which a product like MarvelousTM  can be of use for safe administration of medication, contributing to decrease in medical errors.


If you want to learn more about MarvelousTM, contact us to schedule a visit to our booth at the Society for Pediatric Pain Medicine Meeting  in March 31st 2016.